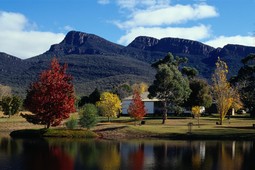 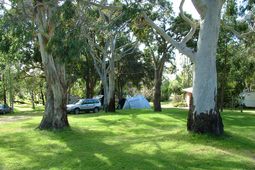 Your welcome to call us on:

or if you prefer by email:

When you contact us by email (or the inquiry form), if at all possible please provide a phone number so we can follow up after sending an email to you. Unfortunately as many as 1 in 5 of our first response emails are ending up in people junk or spam folders.

For news on vacancies for peak times, or current events or things of interest see this space on our home page.

This 10 day workshop included both theory and practical hands on learning while working on a large scale traditional timber frame project. During the project we built the frame of a timber bridge that will eventually even have a roof.

For more information and pictures see the Page:

If you prefer Google+ we have now started our Grampians Paradise Camping and Caravan Parkland google plus page. More pictures, stories and information can be found there.

Contact Details and Where We Are - our Location and address 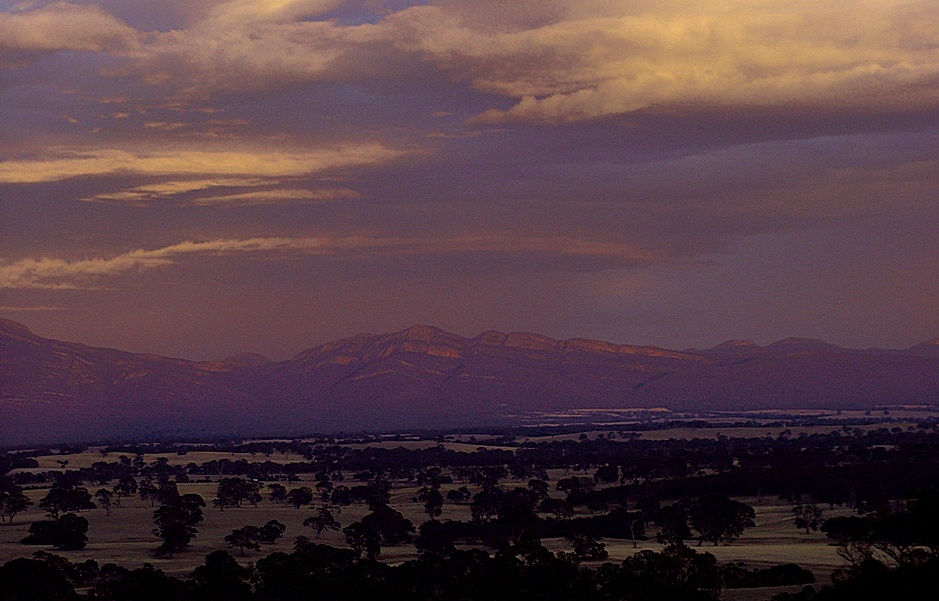 From Melbourne travel via the Western highway to Ararat and continue straight through the town (do not turn right to Stawell or Adelaide). Drive straight through the shopping street (Barkly Street). This becomes the "Grampians Scenic Route",(the Ararat-Halls Gap Road.) 14 km past Moyston you will see a large blue sign "Grampians Paradise Parkland". Turn left into Long Gully Road (Gravel Road). Follow the gravel road for 4.3 km. Go straight across the intersection with Redman Road. The camping Ground is 200 metres on the left. Watch out for kangaroos crossing the road after Ararat (especially in the evenings).

From Adelaide take the Western Highway to Stawell. Turn right at the cross road to Pomonal (20 km) and then turn and continue for 3km. Turn right into Waterhole Road (which is sealed for 1 km, then 4 km of Gravel Rd). Follow the signs to Grampians Paradise (5km). If you miss the Waterhole Road turnoff, there is a a large blue sign "Grampians Paradise Parkland" at the next intersection (Long Gully Road).

Once again please watch out for Kanagroos (and other wildlife), and take your time especialy if traveling in the evenings, early morning or at night time. We have a lot of Kangaroos, Emus and other wildlife about the Grampians area, and they don't always get out of the way of cars.

Mt William (the rounded topped mountain just to the South West of Grampians Paradise) is the highest mountain of the Grampians National Park at 1167 metres above sea level. The Summit of Redman Bluff (1017 metres above sea level) and Long Gully Cliffs with their large escarpment of sandstone cliffs, is just 2.5 kilometres west of Grampians Paradise. We are just 700 metres form the edge of the Grampians National Park.

Grampians Paradise is 4 kilometres of the main sealed road from Ararat to Halls Gap, and after a short 4km travel down the gravel road you arrive at our secluded, beautiful parkland which has some of the most spectacular views of the Grampians.

Some more pictures from the air.